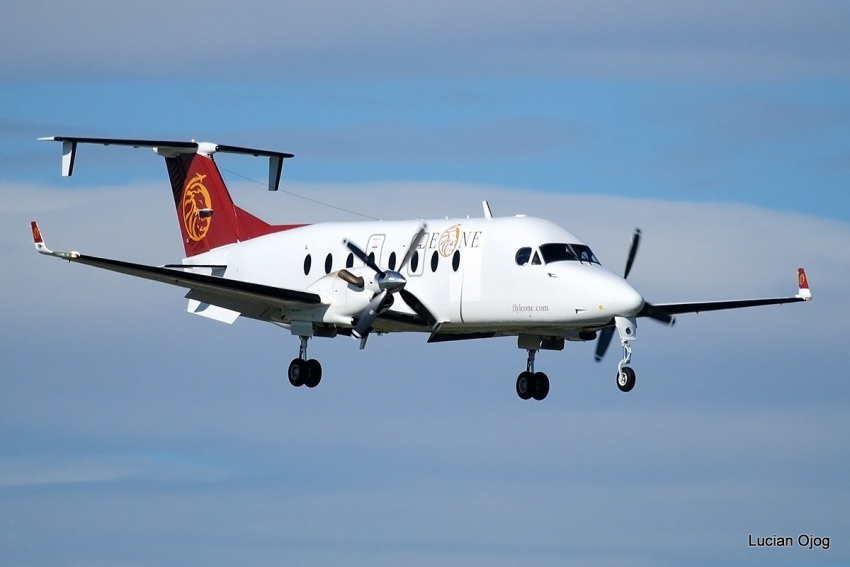 On Friday, October 8th, the Beechcraft 1900D of the start-up FlyleOne took off from Pescara and touched down in Trieste. On that day the aircraft inaugurated two new routes; from Pescara to Trieste and from Trieste to Genoa. That was also the first commercial flight for FlyleOne. Also in Slovenian

The carrier will connect Trieste with Pescara and Genoa twice a week; on Monday and Friday. The company offers »business commuter« flights and is based in Pescara, central Italy. They are especially aiming at business travellers and tourists that will like to fly on a smaller, 19-seater plane with a configuration that gives every passenger a window seat and direct access to the aisle. One way tickets from Trieste are on sale from 105€, while there is also the possibibility to buy, for a limited time, some tickets for a discounted price of just 50€. The Beechcraft 1900D is quite a rare bird in the European skies and FlyleOne is the only operator based in Italy that flies this type of aircraft.

The flight schedule is the following: on Mondays and Fridays an early flight from Pescara to Trieste at 7am, then the aircraft flies to Genoa and back to Trieste to return to its base in Pescara departing at noon. 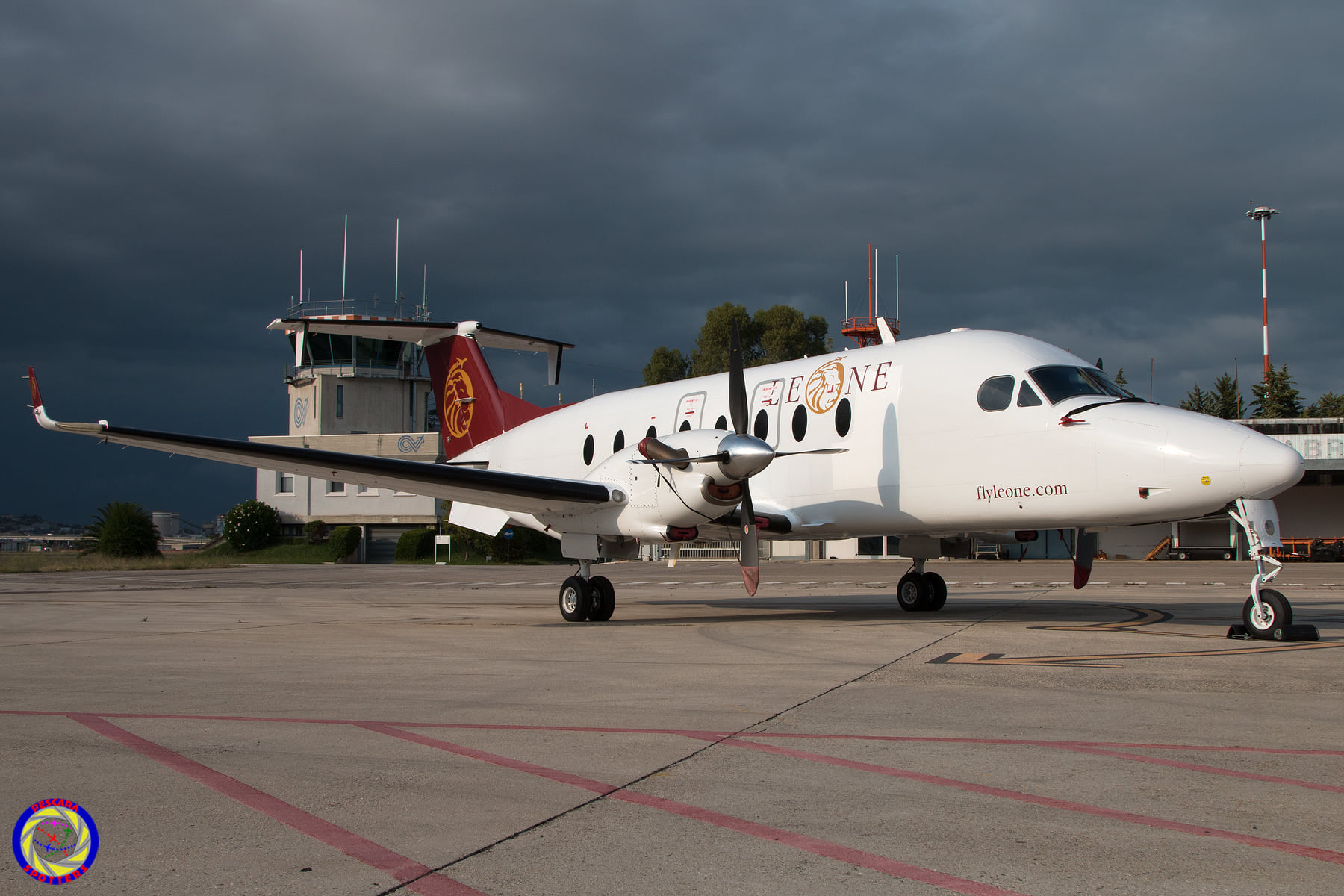 The connection between Trieste and Genoa should be particularly interesting for the management of Fincantieri, that has its head office in Trieste and various shipyards both in Friuli Venezia Giulia and Liguria. The one-hour flight is much more comfortable than the train ride or driving for 5+ hours. However, the frequency of flights are not ideal for business travellers that are usually returning home the same day or the next day. There is, however, still potential to attract tourists that like to make a prolonged weekend escape.

FlyleOne will also fly from Pescara to Lamezia Terme (2xw on Thursdays and Sundays) and, from mid-November,  from Pescara to Verona (2xw on Mondays and Fridays). The carrier aims to connect Pescara with other Italian cities that are not served by other companies. For the summer season they are planning flights from Pescara to Croatia (Dubrovnik and Split), Greece (Corfu) and the Italian island of Pantelleria. On the website there is also a mention of a future connection between Pescara and Perugia, but no other information is provided.

The flight between Genoa and Trieste was finally resumed by FlyValan in 2018, but, due to the poor load factor of their ATR 72, the route was suspended after only two months. The carrier then focused on charter flights and operated some flights for Blue Air, before disappearing. However, the flight between Pescara and Trieste is an absolute novelty.

Trieste airport handled approx. 176.000 passengers from January till the end of August, that’s 82% down than from the same period in 2019. At the end of October Ryanair will relaunch the route to Bruxelles Charleroi and, in the winter season, will continue flying to London Stansted, Malta, Valencia, Bari, Cagliari, Catania, Napoli (this route is served also by Volotea) and Palermo. The other direct flights active during the winter season will be with Rome Fiumicino (ITA) and Frankfurt (Lufthansa). Tayaranjet will connect Trieste and Trapani until the end of November, while Volotea will add some flights to Palermo for Christmas holidays.