Once an aircraft has touched down, passengers will usually feel a deceleration, which causes them to lean forward slightly. This will often be accompanied by an unusual sound from the engines. Different types of aircraft have different landing speeds, but all of them need to stop as quickly as possible. Different braking systems are used to achieve this. 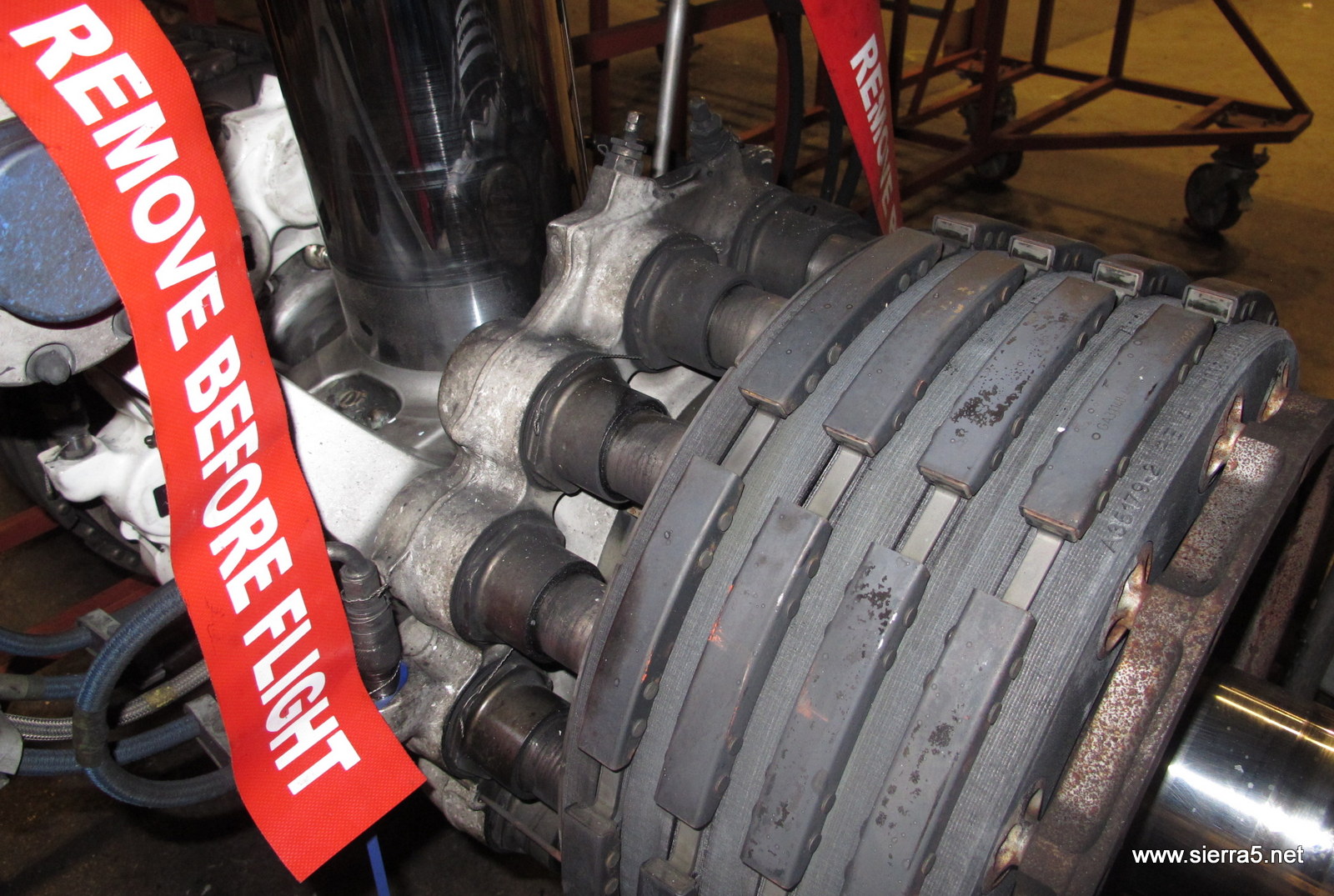 In today's aircraft, momentum (the product of mass and velocity) is too great to be countered simply by the braking system in the landing gear. Aircraft therefore need an additional system or set of systems that can resist momentum safely and effectively. Various methods have been developed and are today used in all modern aircraft. In passenger aircraft, air brakes are the system most commonly used to complement the brakes in the landing gear. These are usually built into the trailing edge of the wing and extend upwards and/or downwards on landing, depending on the type. This greatly increases the drag of the aircraft and consequently reduces its speed. In smaller passenger aircraft, an air brake can also be built into the tail fin, which splits on landing to produce a braking effect. Aircraft powered by turbofan engines are fitted with thrust reversers. This system uses special vanes to redirect some

Photo above: Position of the air brakes on the aircrfat wing and an airbrake

This is also what causes the noise mentioned at the beginning. Although these aircraft can function without thrust reversers, are of great help in allowing the aircraft to brake safely and quickly after touchdown, and are therefore practically indispensable. The parts of the thrust reversal system that come into contact with the hot air passing through the engine must be made of 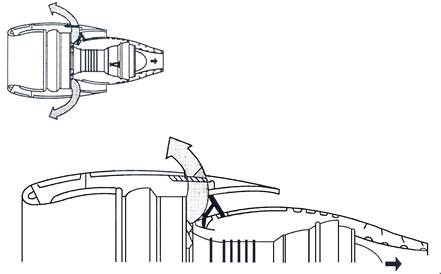 materials capable of withstanding high temperatures. At the same time they must be light, reliable and efficient. They also have to satisfy aerodynamic requirements. This means that they must be correctly aerodynamically designed; when not in use (folded) they must not increase the cross-section of the engine, since this would increase drag. When in operation, the thrust reverser has to redirect at least 40% of the maximum thrust that the engine can develop. Today the two most commonly used types of thrust reverser on turbofan engines are clamshell reversers and cascade reversers.

en aircraft can use the variable pitch of the propeller as an additional braking system. The principle here is based on the 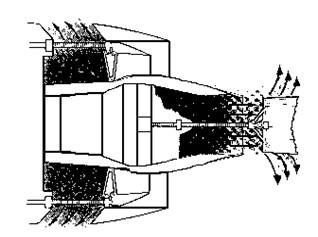 Different methods of braking in combination with the landing gear braking system allow the aircraft to stop safely in different weather conditions (e.g. a wet, snow-covered or icy runway). Air traffic safety regulations require that snow clearance must begin as soon as it starts snowing or, at the latest, when the depth of slush on the runway reaches 15 mm (20 mm in the case of wet snow and 50 mm in the case of dry snow). A wet, icy or snow-covered runway increases the stopping distance required and can affect air traffic safety.